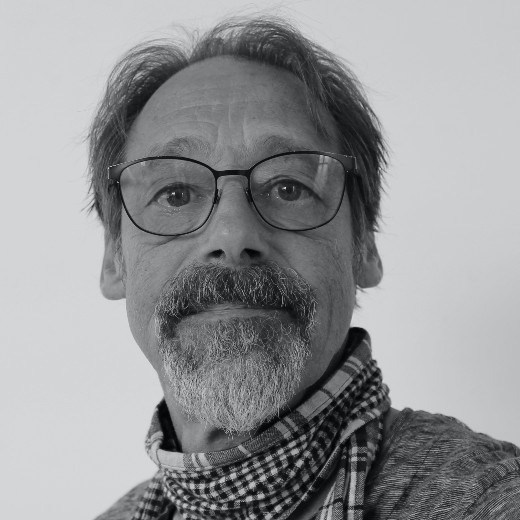 Rol Backendorf, born in 1961 in Pétange, obtained his CAPT in iron-turner at the ARBED in 1979. In 1988, after 7 years of work as an iron turner in the CFL workshops, he sets up his own business and started with the fabrication of false jewellery articles. He undertook, the following year, an educational and artistic training at the Ecole du Cirque in Brussels. Thanks to the Chamber of trades and Ministry of Culture, he rented a first workshop to live out of his art passion as real autodidact. Since 2010, he has his workshop at the “Becher Station”. By combining different materials with iron, Rol imparts his missing characteristic, the lightness. He dedicates his research to the kinetic effects of the stainless steel and elaborates a meticulous sanding technique to create mural sculpture with illusionist and threedimensional effects. He discovers and develops the anodising on titanium to add colours and give to his pieces the power to metamorphose according to light and to the point of view of the public. Rol Backendorf is vice-president of ARC Kenschtlerkrees vzw, administrator of VIART vzw and specialist at the Ermesinde high school since 2010.