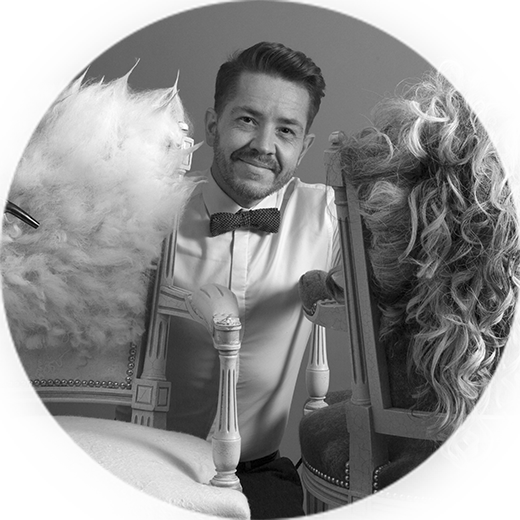 “Gildas places today his work at the intersection of restoration and creation.”

Gildas discovers tapestry thanks to the encounter of an armchair abandoned on a sidewalk while he was studying his PhD in psychoanalyse in Montpellier. He converts to an art profession and studies the traditional and contemporary techniques of seat tapestry. After graduating in such, he incorporates the « Concepteur-Créateur » scheme for art trades in Vannes-le-Châtel and establishes his workshop, Le Coq & Le Crapaud, in 2012 in Metz.

Gildas is member of the “collectif luxembourgeois Interior Designers & Artisans d’Art” (IDAA). He places today his work at the intersection of restoration and creation. His creations draw always from the story of the armchairs and of their owners. Award winner of Trajectoires 2015 and of the Artisan d’Art Pro(actif) JEMA 2016 prize, he is member of various artists and craftsmen associations as well as Secretary of the Moselle Corporation of “Tapissiers Décorateurs”.